The Green Bay Area USBC is proud to welcome Coach Mike Shady back to Green Bay this summer for a series of events for all ages.  Coach Shady will be joined this year by former Team USA Member Matt Farber.   We'll also be hosting a USA Coaching Level 1 Seminar the day after the other events.  Check out all the details on each event below.

Coach Shady will provide the seven key areas of the physical game for this age group.  Each bowler will be analyzed and provided opportunities for improvement.  Many development skill drills will be used for physical development.  All instruction will be on the lanes, one-on-one.

Catered towards youth ages 10 and older who currently used the 2-handed style, or would like to learn the technique.

This age group will focus on the proper 2-handed technique used by the best players in the world.  Many of the same Team USA strategies will be used with these 2-handers.  All instruction will be one-on-one with video analysis.  The advanced 2-handers will have opportunities to work on specific personal goals as well.

Catered towards senior bowlers ages 50 and above

This clinic will focus on improving personal technique through one-on-one instruction.  All bowlers will have opportunities to work on all areas such as physical game, mental game, spare shooting and ball strategies/arsenals.

This roundtable is a must-attend for all coaches!  We will look at some important physical "musts" when developing a player (7 physical anchors), we'll also discuss Cause-Effect-Fix with video examples.  Coaches will also be able ask questions during a round table session.  Our goal is to provide coaches the tools necessary to build strong programs and skilled players.

Bob Maki will be the instructor again this year for a 3 hour seminar scheduled for Saturday, August 13thfrom 1pm to 4pm at The Ashwaubenon Bowling Alley.  This seminar provides coaches with basic instructions for teaching beginning bowlers of all ages, and gives them an opportunity to take the Level I online test for free.  There is normally a fee of approximately $50 to take this test.

There is no cost to attend this clinic.

Who Are The Coaches? 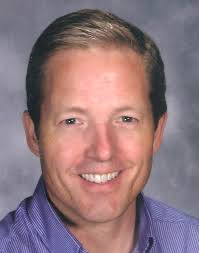 The Bowler’s Journal has named Mike as one of the Top 100 Coaches in the world. He has his experience and years of coaching to develop instructional techniques that have helped bowlers of all ages and abilities.  Mike is truly dedicated to the well-being and improvement of your bowling game.  Mike will help you understand the basic bowling fundamentals and components of proper technique.

In 1992 he won the Earl Anthony PBA Open in Dublin, California and has 4 additional PBA Regional Titles to his credit.  In 1991 he captured the World Invitational Championship, held in San Juan, Puerto Rico.

Other competitive feats include the 1985 National Collegiate Championship and was a three time All-American at the University of Nebraska in College Bowling.  In 2005 Mike captured the USBC All-Events Team Championship and most recently the 2011 USBC Team Championship. In 2017 Mike was inducted into the United States Bowling Congress Hall of Fame

Mike is a Team USA coach, a member of the Ebonite Pro Staff and is USBC Silver Certified.

Two-time Collegiate National Champion as a Coach at McKendree University